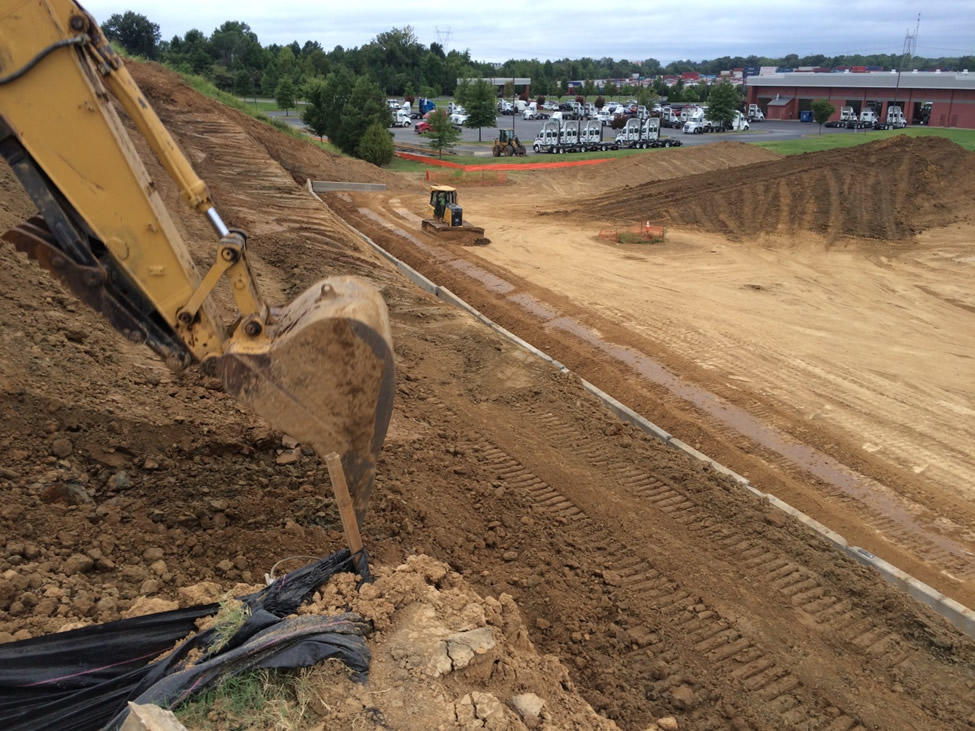 To see this portfolio full screen, click on the double arrows in the upper right hand corner.

Holmes Rd. Embankment Stabilization at the bridge over BNSF Railroad

This project is currently under construction with the City of Memphis.  The existing slopes and roadway have been failing for years and creating erosion problems for the neighboring businesses, as well as, jeopardizing the structural integrity of the embankments and bridge over the BNSF Railway.  This contract required us to excavate the existing slope embankment and replace it in 6 inch lifts at 95% standard density with Mirifi Geogrid Fabric layered from top to bottom to help distribute the load and stabilize the embankment.  Despite a delayed start and encountering unsuitable soils that were not expected, we have made significant progress on the project to date and hope to be approximately 80% complete by January 1, 2016.